Through out this week we have been digitally modeling and 3D printing full scale prototypes of our cup designs.  As a workflow we started by suggesting very minimal design movements based on the engagement surveys done. Simple digital models were created, evaluated and improved until we felt the need to move outside the digital and into the physical. To achieve this we used a Makerbot replicator 2 as seen in the image below printing a full scale prototype of the proposed democratic cup.

The prototyping process has been very interesting and revealing as we are able to quickly test the actual look and feel of the cups we are designing. We soon realized that although being able to visualize the cups in digital three dimensional space our sense of scale in this space was thrown off. Our original prototypes needed to be scaled up considerably. We went through about three iterations before we were satisfied with their scale and proportions. 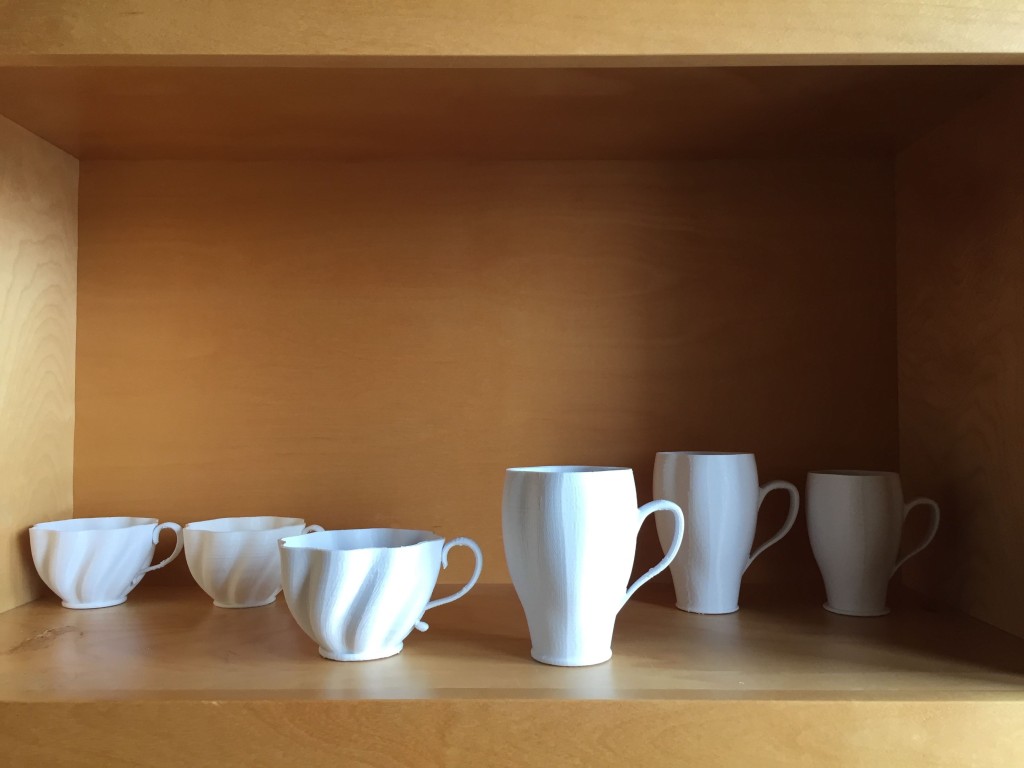 We are now ready to begin preparing the digital files to be printed not as full scale prototypes but rather as masters for the molding process.